Ancient Comet 'Atlas' Measures Half the Size of the Sun and it's Back! - Ancient Origins

A huge icy space rock, comet ‘Atlas’, is currently in the constellation Ursa Major in the northern sky orbiting Mars, but it’s on a trajectory with our Sun and it will get progressively brighter as it reaches its closest point at the end of May, if it doesn't fragment that is.

The comet’s last Earth fly-by was sometime around 4000 BC when it was witnessed by early ancient Egyptian farmers as well as Neolithic tribes in Ireland, northern Scotland and across Scandinavia, but this most recent pass was first spotted on December 28, 2019 by Asteroid Terrestrial-impact Last Alert System ( ATLAS).

The comet’s atmosphere measures five times the physical size of Jupiter and about half the size of the Sun and scientists say that by the end of April the space rock will appear brighter than Venus in our night sky. As it approaches our inner solar system, the comet will become one of the brightest objects in the night sky and according to a report in the Daily Mail “potentially the comet of a generation.”

A Cosmic Giant Spewing Into Space

According to a recent ABC News piece, Michael Jager from Austria - the scientist who captured images of the comet Atlas or formally ‘Comet C-2019-Y4 Atlas’, described it as a “brilliant suicidal comet that baffles astronomers.” The exact size of the icy rock isn't known, but it’s likely to be only a few miles across with a much larger atmosphere. 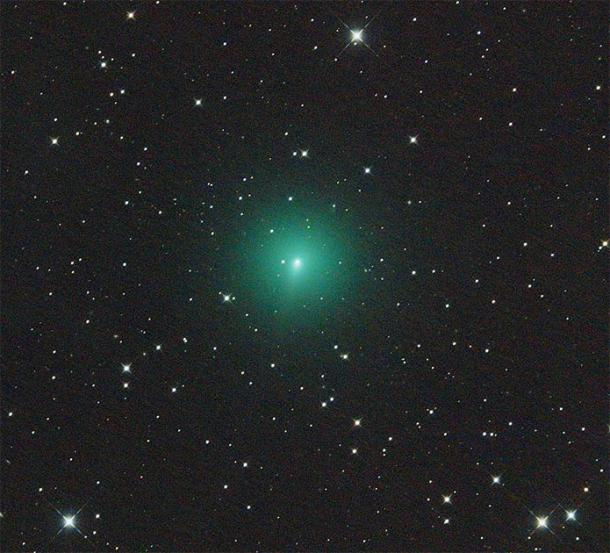 According to a report by  SpaceWeatherArchive, the comet Atlas has a tail about the same size as its atmosphere and “spews prodigious amounts of gas and dust into space.” The last bright comet visible without a telescope in the northern hemisphere was the 1997 passing of Hale-Bopp, which makes this unexpected event a “rare” occurrence for astronomers, according to the astronomy website. 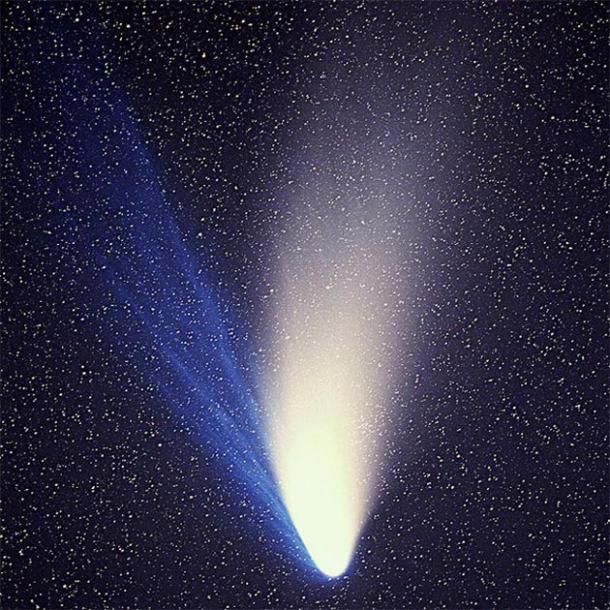 The comet is presently orbiting Mars with a diameter twice the size of all the other major planets in the solar system combined, and you can now see it with binoculars, because it is already much brighter than astronomers expected it to be at this point. 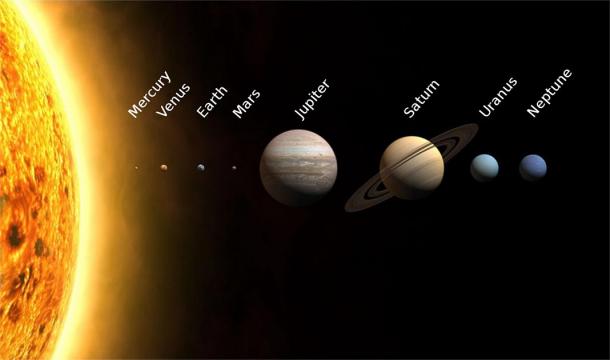 The comet Atlas is currently near Mars' orbit and has a diameter twice the size of all the other major planets in the solar system combined and half the size of Mars. (WP / CC BY-SA 3.0 )

Daniel Brown, an astronomy expert at Nottingham Trent University, told  The Times that it's “definitely a promising comet that is pushing towards a level that by the end of April could look really, really stunning.” The astronomer explained that the distinctive green color seen around the comet “comes from diatomic carbon - a molecule commonly found in comets that emits a beautiful green glow when in gas form in the near-vacuum of space.”

There is speculation among astronomers that Atlas might be related to the Great Comet of 1844 as it follows a similar trajectory, and that both Atlas and the “Great Comet” had both separated from a much larger comet born in the early days of the solar system. The trajectory of the larger comet would require a 6,000-year orbit around the Sun that would take it beyond the outer edges of the solar system - “about 57 billion miles (92bn km) from the Sun”, according to Dr. Brown.

Astronomers are the New Shamans

While there is no chance of Atlas smashing into Earth, this is sheer luck for our planet to have been continuously bombarded with comets since the Bronze Age , and this claim comes from NASA in a 1998 paper titled Earth, Air, Fire, and Water: The Archaeology of Bronze Age Cosmic Catastrophes , by scientists at Harvard and the University of Hawaii.

The paper opens saying “Planetary scientists and astrophysicists have recently begun to model the potential hazards on Earth from impact by asteroids and comets and their models show 25 impacts in the past 5,000 years, during which time occurred the major developments of human civilization.”

With so many cultures having been affected by comet collisions, and maybe civilization as we know it having been inspired by such events, it is little wonder why when comets appeared in ancient skies. Oracles, shamans and holy men regarded them powerful prophetic symbols associated with impending doom. It is  only in the last century with the luxury of space telescopes and astro-scientists that such fears have been dissolved in society, until you get that dreaded email or text from the “Asteroid Terrestrial-impact Last Alert System,” that is.

An ER nurse survived covid-19 at her own hospital. Now she wants to get back to treating coronavirus patients. - Washington Post

Hayley Williams calls out sexist responses to Paramore lineup changes: “I could have had a dick and the story wouldn’t have gotten any traction” - NME